The chromosome screening technology developed by BlueGnome, founded in 2002 with funding from Cambridge Enterprise, has been shown to increase in vitro fertilisation (IVF) success rates by 65% over current methods, according to a study published last week in the Journal of Molecular Cytogenetics.

Nick Haan, CEO and co-founder  of BlueGnome,  whose PhD was funded by the Cambridge Commonwealth Trust, commented “this study provides crucial evidence that 24 chromosome aneuploidy screening, using 24sure (a platform which screens human embryos for chromosomal abnormality), can offer a dramatic benefit to IVF success rates.” 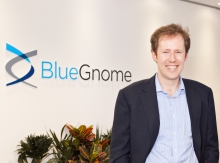