Stormzy to support scholarships for black students for second year ...

Following the launch of the Stormzy Scholarship last year, the Cambridge Trust is delighted that Stormzy will be offering two further scholarships to black UK students this academic year.

Tenable for up to four years of undergraduate study, the scholarships, which the Trust administers, will cover the full cost of tuition fees and provide a maintenance grant which will significantly reduce the need for awardees to take out government or commercial loans.

Announcing the second year of the scholarships being awarded, Stormzy said “there are so many black kids all over the country who have the level of academic excellence to study at a university such as Cambridge – however we are still under represented at leading universities.  We, as a minority, have so many examples of black students who have excelled at every level of education throughout the years.  I hope this scholarship serves as a small reminder that if young black students wish to study at one of the best universities in the world, then the opportunity is yours for the taking – and if funding is one of the barriers, then we can work towards breaking that barrier down.”

Applications are now open, and will close on 1 September 2019. 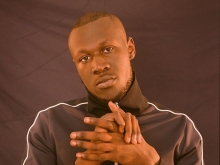