As part of a visit to Cambridge, His Royal Highness The Prince of Wales had an opportunity to meet Cambridge Trust students from across the Commonwealth who are recipients of scholarships in his name. 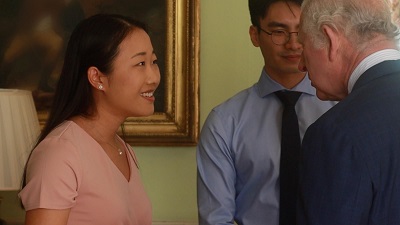 The HRH Prince of Wales Commonwealth Scholarships, launched in spring 2019 during His Royal Highness’ Caribbean Tour in celebration of the 70th anniversary of the modern Commonwealth, support postgraduate students from Commonwealth nations studying at the University of Cambridge in fields which focus on practical themes affecting the future of those nations, with 20 supported as part of the three year programme.

Welcomed to King’s College by Provost Professor Michael Proctor, Chair of the Cambridge Trust’s board, and Helen Pennant, the Trust’s Director, The Prince met with 7 of the current HRH Prince of Wales Commonwealth Scholars-in-residence* undertaking PhD and Masters degrees at the University of Cambridge, hearing about their studies and chatting to them about their wide-ranging research projects in fields including Engineering, Pharmacology and Population Health Sciences. 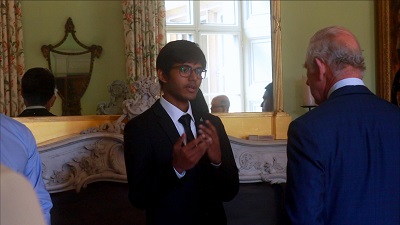 Speaking following the visit, Vishaal Udandarao from India who is studying for a Masters degree in Machine Learning & Machine Intelligence, said  “At first I was awestruck when the Prince walked in, but when he started talking to us it was just like a normal conversation … he was really knowledgeable about the subject, and quite humorous, telling anecdotes about my field – he made me laugh and it was fun to talk to him.”

Last month to coincide with Commonwealth Day, The Prince launched the Climate Action Scholarships for students from small island nations.  Working with His Royal Highness, the initiative was developed by Vice-Chancellor of the University of Cambridge, Professor Stephen Toope, to recognise the disproportionate effects of climate change on Small Island Developing States and will support students on courses that engage with sustainability, helping them develop their existing skills and knowledge to address the severe effects of climate change in their countries.

The new scholarships – announced by the Universities of Cambridge, Toronto, Melbourne, McMaster and Montreal – will support students from small island nations, with the Cambridge Trust offering ten fully-funded awards over the next two years. 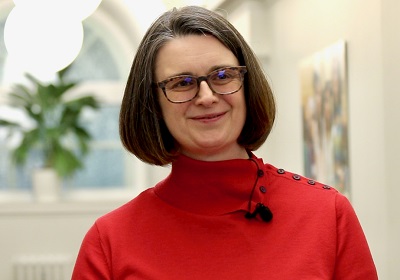 Helen Pennant, the Trust’s Director, said: “I was absolutely delighted to be able to welcome HRH The Prince of Wales to King’s College to meet the HRH Prince of Wales Commonwealth Scholars, and to be able to continue our work with him by joining the important new initiative of climate action scholarships.  I hope that these scholarships will make a difference both to the students who receive them and to the countries they come from as they grapple with the many challenges of climate change”.

The Cambridge Trust was established in the 1980s with the specific objective of providing scholarships to international students who lacked the means to fund their studies at the University of Cambridge.  His Royal Highness The Prince of Wales, himself a Cambridge alumnus having graduated from Trinity College in 1970, has been involved in the work of the Trust for many years, serving as Patron since 2010.