Ada was awarded a Santander Cambridge Scholarship by the Cambridge Overseas Trust to undertake the MPhil in Law (International Economics) at the University of Cambridge.

Before beginning her MPhil at Cambridge, Ada completed a Masters in Law (LLM) in International Public Law at the London School of Economics and Political Sciences in 2011.  Previously, she graduated in Law at the Federal University of Santa Catarina, Brazil, with distinction.  In Brazil, Ada was heavily involved in research into legal theory through Law and Literature perspectives.  She published a book on the topic on graduating from Law school entitled “Notes on Law and Literature: Law’s Absurd in Albert Camus”.  She was active in this specific area in research during her four years of undergraduate study and published extensively on the subject.

In 2012, Ada was part of the London School of Economics’ team and won a prestigious third place at the WTO Law Moot Court Competition held by ELSA – European Law Students Association.  Ada also won an honourable mention for her performance at this competition.  She graduated with a distinction for her dissertation on Trade and Human Rights, focusing on the case of Chinese censorship and barriers to trade.

Having identified a clear interest for matters of international trade, Ada applied to undertake a PhD at Cambridge to focus her studies on International Trade Negotiations, and was awarded a CAPES Cambridge Scholarship from the Cambridge Overseas Trust.  Her current dissertation re-discusses the working logic of the World Trade Organization in the context of new powers and the Doha Deadlock.

In her own words, “the stimulating research environment explains my willingness and desire to continue to study at Cambridge.  This is an environment that I have not found in any other University I have attended.  This has been one of the most remarkable experiences of my life, with great opportunities and support from lectures and students.” 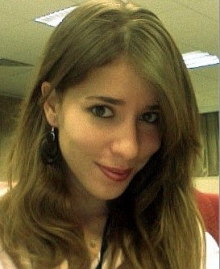