Before starting her PhD at the University of Cambridge in 2010, Bryanna earned a BS (Hons) in Crime, Law, and Justice from Penn State University in State College, Pennsylvania. As part of the graduation requirements for the Schreyer Honors College at Penn State, Bryanna pursued her first research project in criminology, focusing on disparity in sentences under the US Federal Sentencing Guidelines.

Bryanna was later accepted to study offender profiling and investigative psychology in the Institute of Criminology at the University of Cambridge.  Working with her supervisor, Professor David Farrington, Bryanna has created the first statistically-derived offender profile for burglary in the United States. She has recently pursued her research as a visiting scholar in the Behavioural Science Unit at the FBI, and has had her work published in academic journals including Criminal Justice and Behaviour, and Social Forces.

Still, Bryanna notes that "none of this would be possible without the incredible support of my wonderful family, my brilliant supervisor, and all the amazing people in Cambridge, the FBI, and academia who believed in me and my research. I especially thank the Cambridge Overseas Trust, whose compassion and generosity allowed me to pursue my research and education at the best university in the world. I could never achieve what I have without their help, and I will remember that for the rest of my life. I will use this extraordinary opportunity I've been given to keep working hard, and make the University of Cambridge, and the Cambridge Overseas Trust, proud to have me as an alumnus!" 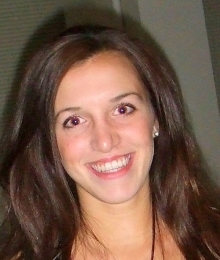