David Menassa read the MPhil in Bioenergetics and Physiological Sciences in 2008 under the supervision of Dr. Andrew J. Murray at the Department of Physiology, Development and Neuroscience, University of Cambridge.

His research in Cambridge involved studying the metabolic adaptations to hypoxia in human skeletal muscle, resulting in his authorship on two main papers in scientific journals and the presentation of his research at a conference in Italy during the summer of 2009.

Following completion of his MPhil studies, David joined the University of Oxford to undertake a PhD, having been awarded a Clarendon scholarship and hope to further the understanding of neurological and neurodevelopmental disorders such as epilepsy and autism.  In conjunction with his research, David holds a Waynflete teaching internship in the Biological Sciences at Magdalen College School in Oxford.

"My year in Cambridge significantly shaped my scientific career. I am very grateful to the Cambridge Overseas Trust and to the Said Foundation for having supported my studies. Without the year in Cambridge, I would not be where I am now". 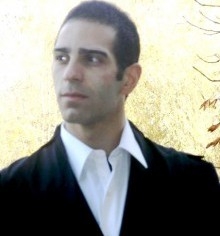