Current position: PhD student at the Department of Engineering, University of Cambridge

Daniel was awarded a Poynton Cambridge Australia Scholarship to undertake a PhD in Engineering in Cambridge from 2009-2012.  He had already completed a BA/MEng at Cambridge investigating biomedical materials for bone replacements, and for his PhD he worked with the same supervisor to develop new materials that could be used to replace the intervertebral disc for the purpose of treating severe chronic back pain.

Daniel enjoyed working with a wide range of researchers in the Engineering Department, as well as attending the numerous talks/seminars that were held there.  He became an associate of the Nano Science & Technology Doctoral Training Centre, which allowed him to meet researchers working with Nano Technology in various University departments.

In his spare time, Daniel was heavily involved with the Cambridge University Spaceflight Society, which experiments with rockets and high altitude balloons in near space.  With the society, he helped co-manage an eighteen month project for the European Space Agency, developing a method to characterize parachute deployment in Mars-like conditions.  Daniel also worked with the Society to build a two-stage rocket in an attempt to break the UK amateur rocketry altitude record.

While at Cambridge, Daniel took advantage of the numerous College travel grants that were available, and ventured to Egypt to see the Pyramids.  He also traveled to the USA and Spain to attend conferences and workshops.

Daniel says about his time there, "Cambridge is a brilliant place to study.  It has a fantastic collection of people, all interested in so many different things.  Whether it is a hobby or a research interest, someone in the University is likely to be pursuing it to the highest level.  There is a great breadth of experience and expertise to draw on". 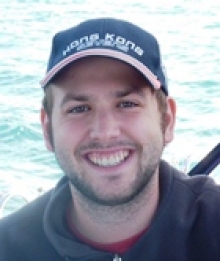