Hope received a scholarship from the Cambridge Overseas Trust, which she was extremely surprised and grateful to receive.  Before coming to Cambridge, Hope completed a Bachelor's degree in Medieval Cultures at Brown University.  In the course of this degree, she had the opportunity to study for a year as an exchange student at Oxford, which sparked her interest in returning to the UK for an advanced degree.  Hope completed her Browns degree in spring 2011, graduating with Honours.

Hope’s work in Cambridge focused on a sixth-century Frankish letter collection.  The medieval history MPhil requires a demanding and exciting amount of coursework, and her knowledge of manuscript studies and early medieval history advanced tremendously over the course of the year.  Outside of Hope’s academic work, she is a classical violist and violinist, and has played in several Cambridge groups, such as the Cambridge University Concert Orchestra and Cambridge University String Ensemble.

On completion of her MPhil, Hope will continue with a PhD in History at the University of Leeds, for which she has been awarded a fully-funded International Research Scholarship.  Hope says of her time here, “I will leave Cambridge, but the friendships and knowledge I have gained here will go with me.” 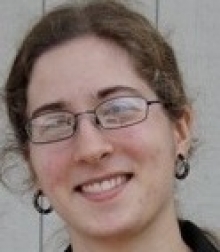