After finishing high school in New Zealand, Jason completed a Bachelor of Engineering (Civil) at The University of Auckland.  Following completion of this degree, Jason realised he wanted to study further, particularly focusing on finance, economics, law and their effects on the built environment.  Reading for an affiliated Land Economy degree at Cambridge allowed him to study these things that he enjoyed.

As with many of our students in Cambridge, Jason was actively involved in other parts of student life apart from study.  He was a member (and captain) of the great St-Edmund’s Bears 2012 champion rugby team, as well as being in the College May Bumps rowing crew in both 2011 and 2012.  Jason also represented the University in the annual Blues varsity match against Oxford at Twickenham in 2010 and 2011.

He is now working in London as an Analyst for Aberdeen Asset Management, and he hopes to end up in Equity Fund Management, focusing on emerging markets equities.

“Studying at Cambridge was a huge privilege.  It was both intellectually stimulating and demanding.  The environment fostered at Cambridge helps drive original thinking, providing a forum for students to craft critical thought and argument.

Cambridge however, is not all about study; you are encouraged to get involved in the numerous student-run societies.  I enjoyed participating in College rowing and rugby, which provided countless opportunities to interact with many students from different Colleges and disciplines.

I will always be grateful for the opportunity given to me by the Cambridge Commonwealth Trust.  Without the support of the trust I would not have been able to attend the University and experience this truly unique educational environment.” 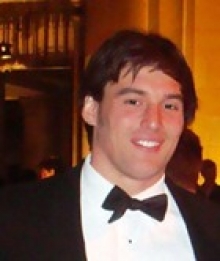