Jelena was awarded a BP New Hall Centenary Research Studentship by the Cambridge Overseas Trust to study for her PhD in International Studies.

After completing her PhD at the University of Cambridge, Jelena worked at the Law School at the University of Edinburgh where she was part of the team engaged on the project ‘The Europeanisation of Citizenship in the successor states of the former Yugoslavia’.  Jelena has published several articles on the politics of the Balkan region, and since 2009 has been the country expert on Montenegro at the European Union Democracy Observatory (EUDO) on Citizenship at the EUI’s Robert Schuman Centre for Advanced Studies (RSCAS).

Jelena’s academic interests fall within the fields of transition of post-communist countries, Europeanisation, politics of identity and citizenship.  She will explore these issues in more detail in her project ‘In the frame of party competition: citizenship, voting rights and nation-building in the post-Yugoslav space’, for which she was granted the prestigious Marie Curie Fellowship through the European Commission’s Seventh Framework Programme (FP7).

Jelena is currently a fellow at the European University Institute in Florence, Italy researching the link between Europeanisation, citizenship and sovereignty by looking at how and why the countries that seek to become members of the European Union change their constitutions in order to allow the surrender of their own nationals.

Writing about Cambridge, Jelena says: “Studying in Cambridge was a unique experience, which has helped me to mature both personally and professionally. Living in Murray Edwards, which is a College devoted to empowering young women such as myself, was particularly rewarding. I have enjoyed every single day of my Cambridge life!” 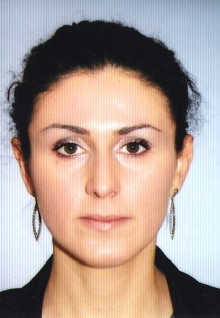