Prior to starting his PhD at the Centre of Latin American Studies at Cambridge, Juan Pablo received his BA in Political Science at Universidad Torcuato Di Tella (Argentina), where he also completed a MA in History.   For his MA thesis, he focused on twentieth century inter-American intellectual and international history. A new version based on that research project will be published as a book by Fondo de Cultura Económica under the title of El imperio de la ley: los imaginarios legales del imperio americano en las Américas (Law's Empire: The legal imaginings of the American Empire in the Americas).   He taught Modern Political Thought at Di Tella as a teaching assistant, and gave courses on Modern and Contemporary Political Thought and on Empires and Globalization at the Centro Cultural Ricardo Rojas, Universidad de Buenos Aires (Argentina). He was then awarded a research fellowship for three years (2004-2007) in an inter-disciplinary collective research project on “Local Contexts and International Networks in the Making of Modern Knowledge”, the results of which were published in an edited volume, Ricardo D. Salvatore, ed., Los Lugares del Saber: Contextos locales y redes transnacionales en la formación del conocimiento moderno (The Locations of Knowledge: Local Contexts and Transnational Networks in the Formation of Modern Knowledge).

During his time at Cambridge, Juan Pablo was active in undertaking fieldwork, organizing and coordinating conferences, symposiums and panels; and started to publish his research.  In 2011, he was a Visiting Scholar at Columbia University, New York where he conducted archival fieldwork and also presented his current research. In June 2011, he co-organised both a symposium at the Centre of Latin American Studies in Cambridge on US-Latin American relations and the “Postgraduates in Latin American Studies, Annual Conference”.

In addition to presenting his research in various national and international conferences, Juan Pablo was also active in supervising undergraduate students on the History of Political Thought since 1890 and Modern Politics.

Juan Pablo says “Cambridge is a highly stimulating place for those who are passionate about research and writing, for it holds a great central library and a series of specialised departmental and college libraries and offers an engaging environment to conduct inter-disciplinary research. In my own experience, I was able to take training courses and benefit from interactions with scholars, lecturers and postgraduate students working in different disciplines, ranging from history, international studies and politics to law, urban history, architecture, cultural studies and modern languages”.

Back home in Buenos Aires, Juan Pablo took courses on creative writing, and has a great passion for literary writing, especially poetry. 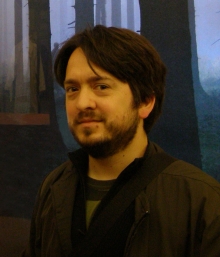