Kayla was awarded an Overseas Student Bursary to undertake an MPhil in Land Economy, and in 2009 the award was extended to cover her PhD.

Before beginning her MPhil at Cambridge, Kayla completed a Bachelor of Arts degree in Development Studies at Queen’s University, Canada, and a Bachelor of Commerce (Honours) degree from the Queen’s University School of Business.  Whilst at business school, Kayla undertook a term abroad at the National Chiao Tung University in Taiwan, during which she completed extensive studies in Mandarin Chinese and authored a paper on contemporary indigenous issues in Taiwan (“Hmkani intuka t’nha na Tayal? Ignoring the Aborigines of Taiwan”).  Kayla also served as a Research Assistant to Dr  K J  Ni on a publication concerning the indigenous right to prior informed consent over the harvesting of biological resources (Vanderbilt Journal of Law, January 2009).

Kayla was elected to a Scholarship at St John's College in recognition of distinguished performance in her MPhil, which considered mechanisms of extraterritorial/personal jurisdiction established under the purview of the Nisga'a Treaty.  She is presently completing her PhD in Land Economy in which she seeks to evaluate diachronically the land tenure systems of two self-governing First Nations in Canada, specifically the Nisga'a and Tsawwassen First Nations.  In addition to her support from the Cambridge Commonwealth Trust, Kayla holds a Social Sciences and Humanities Research Council (Canada) Doctoral Fellowship and a College Scholarship from St. John's College, Cambridge. She is a two-time recipient of awards from the Canadian Centennial Scholarship Fund.

Kayla has been very involved with the sporting community whilst at Cambridge: she coxed the First Men's Boat of the Lady Margaret Boat Club from 2008-2011, and acted as a squad coxswain for the Cambridge University Boat Club through two seasons and a number of international regattas. She was also a spare cox for the 2011 Cambridge-Oxford Boat Race. 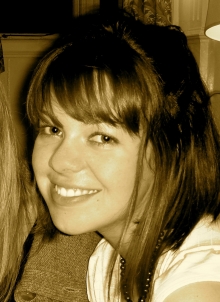