Marijke completed her undergraduate degree in Chemical Engineering at the University of Cape Town in 2008, after which she stayed on for 9 months to continue work on her undergraduate thesis (Development of Assay System for Carbonic Anhydrase in Whole Cell Systems) as a researcher at the Centre for Bioprocess Engineering Research (CeBER). It was while working at CeBER that Marijke first became interested in heap bioleaching, a process used to recover valuable minerals such as copper and gold from low grade ores.

When she started her PhD at the University of Cambridge in September 2009, she was able to pursue this interest by taking part in a collaborative project between the Magnetic Resonance Research Centre (MRRC) in Cambridge and her alma mater. Working with her Cambridge supervisors Dr Andy Sederman, Professor Mike Johns, and Professor Sue Harrison from CeBER, Marijke has developed and applied specialist magnetic resonance imaging (MRI) techniques for the study of liquid flow in low grade copper ore systems. She has had her work published in Minerals Engineering and the Journal of Magnetic Resonance and has received awards for best posters at the Magnetic Resonance and Porous Media 10 Conference and at the Trinity Engineers Association Spring Gathering.

During her time in Cambridge, Marijke has aspired to involve herself in all aspects of Cambridge life. She has held the positions of First Year Representative and Secretary on Trinity’s BA Committee (MCR), rowed for the Trinity First and Third Boat Club, supervised undergraduate Chemical Engineering students and has been on the editorial committee for CEB Focus, her Department’s quarterly magazine.

Reflecting on her Cambridge experience Marijke says, “It has been an honour and a privilege to study at Cambridge and I am very grateful to the Cambridge Commonwealth Trust and Trinity College for giving me this opportunity.  I have found Cambridge inspirational in so many ways – from the beautiful buildings and scenery, to legendary people in whose footsteps you walk and, most importantly, the exceptional people from all over the world that you get to meet and interact with.  I will forever treasure my time here and will miss my daily cycles to the West Cambridge Site – even the rainy ones!” 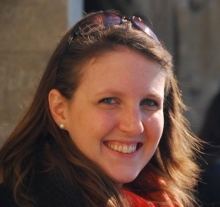