Miguel, the son of an engineer and a paramedic, grew up in Temuco in Chile.  On completion of his secondary school education, he was awarded a scholarship as a result of his high score in his mathematics examinations, and was admitted to the University of Santa Maria in Valparaiso to study engineering.  Realizing quite quickly that his true passion was for science, Miguel  moved to the field of physics, and graduated with a distinction in 2011.

In the spring of 2012, Miguel embarked on a Masters in physics, and during his studies had the opportunity to carry out research for his thesis at the European Laboratory for Particle Physics, CERN in Geneva.  It was during that stay that Miguel first visited Cambridge to meet with physicists and students at the Cavendish Laboratory, and in his words “fell in love with city”, making it his mission to return.

Later that year, Miguel applied, and was offered admission, to the University of Cambridge to undertake a PhD in Physics at the Cavendish Laboratory.  He was successful in winning a Cambridge International Scholarship, administered by the Cambridge Trust, to support his studies, and joined Christ’s College.

Under the supervision of Dr. Bart Hommels and Dr. Patricia Ward, Miguel undertook research on particle physics as part of a collaboration which runs the ATLAS experiment at CERN, analyzing the debris of the collisions between lead atoms.  In addition to working from the ATLAS experiment’s control room, Miguel had the privilege to have contributed to the dedicated run used for his thesis from the CERN main control room, from where the Large Hadron Collider – the most complex scientific instrument ever built – is operated.  Miguel’s research earned him an ‘ATLAS Thesis Award for 2016’ for ‘outstanding contributions to ATLAS in the context of a PhD thesis’; as one of 1200 PhD students involved in a collaboration of more than 3000 scientists, this award recognised his contributions, dedication and hard work.

Speaking about his time in Cambridge, Miguel said “at the Cavendish Laboratory, I enjoyed tremendous support for my development as a researcher and experimentalist.  Attending an academic powerhouse such as Cambridge helped me through the challenges of working in a large international collaboration of more than 3000 of the finest and most competitive scientists in the field.

During my three years in Cambridge, I gave eight talks at international conferences in seven countries and three continents, including the most prestigious event in my field, the European Conference of Physics which in 2015 was held in Vienna.  I could travel thanks to the generous support of my group, of Christ’s College and of the Cambridge Trust.  I also presented several seminars across the UK and the US”.

He went on “I loved many things about my College, but perhaps what I miss the most are the social dinners at which I learned from peers and senior members of Christ’s of exciting fields of enquiry about which I had known little before moving to Cambridge.  Despite not being too good at football (not all south-Americans are!), I really enjoyed playing for one of the College teams on gorgeous fields which made it a pleasure to play, despite the coolness of the winter”.

Miguel developed a taste for teaching after supervising Natural Science Tripos students for four terms of his time in Cambridge, initially in particle and nuclear physics, then moving on to mathematics.  During his final year, he participated in the Cavendish Graduate Student Conference and was a recipient of a prize for the best presentation, selected and awarded by the conference keynote speaker, Dr. Jocelyn Bell, who discovered neutron stars.

Miguel concluded about his time “One of the priceless privileges I was afforded by being in Cambridge was the opportunity to attend lectures by heroes of mine: Professor Stephen Hawking, Professor Richard Dawkins and Professor Brian Cox, amongst many others”.

On completion of his PhD studies, Miguel took up post as a postdoctoral researcher at the University of California in Berkeley where his current research focuses on the study of matter at the highest temperatures and pressures ever produced by humans. 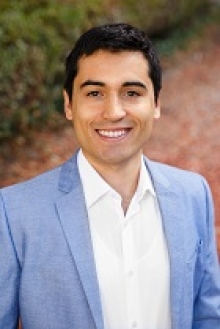