Naina Manchanda completed her MPhil in 2009; her dissertation was on “Perceptions of the Sources of Intangible Value across Organisational Functions” under the supervision of Terry Hanby.  Nania was awarded the Fredrick Alfred Warren Prize, an award given to the most outstanding student of the class.

Before attending the University of Cambridge, she studied Software Engineering at the University of Manchester, where she was actively involved in the Students’ Union, and was elected as the Education Secretary and General Councillor.  She received the Programme Prize for being the most outstanding student on the course and has completed subsequent courses on Managerial Accounting and Financial Control at the London School of Economics and Entrepreneurship at the Cambridge-MIT Institute.

In the past, Naina worked in the B2B team of Fujitsu-Siemens Computers where she managed the accounts of 42 trading partners across Europe and was the project manager of the FTP server migration project, working with more than 30 other European companies to achieve that migration.

During her time at Cambridge, Naina undertook consulting projects with GlaxoSmithKline, Rolls Royce, Esterline Sensors Group and Grant Instruments.  She is now the owner of Zein Tech Pvt Ltd and a member of the Oxford and Cambridge Society of India.  She says: "Cambridge is a place where you meet exceptional people from different cultures."  She was so fascinated by the cross-cultural experience that her team now consists of people from nine different countries. 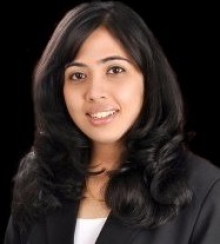