Shakeel was awarded an OSI Chevening Noon Cambridge Scholarship to fund his LLM in Law at the University of Cambridge.  He says ‘getting an LLM degree from the University of Cambridge was a once in a blue moon experience and it was a privilege to study with such driven students and dedicated professionals.  I was really impressed with the preservation of old buildings, in particular the house of the great poet of the Indian Sub- Continent, Allama Iqbal, who studied at Trinity College in Cambridge in 1907.  I was exposed to one of the finest lectures in the Faculty of Law.  It would be unjust not to mention Dr Stephanie Palmer, Dr Guglielmo Verdirame and others for their cordial and generous support during my stay in Cambridge.’

Shakeel is currently working as Advisor at the Local Civil Service and Training with the Administrative Reform Component of GIZ Governance Programme in Pakistan, where his main duties include independent management of advisory services to the local civil service and formal training of the public sector and human resource management, including professional advice to the Local Government Elections and Rural Development Department, the Local Council Board and target groups in the province of Khyber Puktunhkwa.

He has worked with the National Institute of Management, as an Additional Director of Research and Additional Directing Staff, and trained the civil servants of Pakistan at policy implementation level both in Balochistan and Islamabad.  As a Legal Advisor with the Norwegian Refugee Council in Pakistan, Shakeel conducted research frequently on legal issues and problems faced by Afghan refugees.  As a Project Manager for the UNICEF supported project on street children at the Dost Welfare Foundation, Shakeel managed and supervised a drop-in-centre for street children.

Since 2003, Shakeel has been involved in voluntary work with RESPECT International, and has served RESPECT as a Country Coordinator for Pakistan.  Since February 2007, he has taught “International Humanitarian Law” to the refugee students of Congo, Rwanda, Ethiopia and Somalia through correspondence for RESPECT.  Shakeel is the only Pakistani to tutor for RESPECT International and has received online volunteering Team of the Year award for 2007 for distinctive contributions to development (he is the fourth Pakistani to have won a UNOV award).

In 2009, Shakeel received a scholarship for Managing Global Governance, an advanced professional training and dialogue programme of the Federal Ministry for Economic Cooperation and Development in the Federal Republic of Germany, organized by GIZ-former Inwent and DIE.

Mr Shakeel has authored research work on disaster management, and prepared a study on the Civil Service structure, Civil Servants training and an overview of National Commission of Government Reforms in Pakistan”.  He has also authored: ‘The plight of street children in Quetta, Balochistan, Pakistan Journal of Criminology in 2009’ and co-authored with Aatir Rizvi, (a Cambridge Alumnus) ‘Analytical Study of Juvenile Justice System in Pakistan’, a journal of the Faculty of Law, Superior Law Review, Superior University, Lahore, Pakistan in 2010, and prepared an annual report, "Refugee Program Activities 2006", for the Norwegian Refugee Council (NRC) Pakistan in 2007.

In his words “my professional career blossomed after getting an LLM degree from the University of Cambridge”. 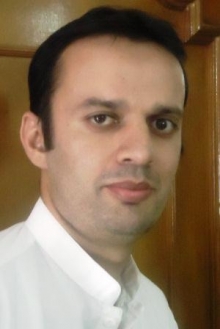