Shpend was awarded an OSI Cambridge Scholarship which enabled him to study for a MPhil in International Relations at the University of Cambridge.  He found studying in the International Studies Programme at Cambridge challenging but inspiring at the same time.  The high standards applied by the programme demanded a lot of input, something that drew a lot from his leisure time.  Nonetheless, being able to work and have access to some of the top notch Professors in the discipline at any time made the struggle worth taking, according to Shpend, who finished the programme not only with knowledge and experience in the field but with ambition to continue and strive to learn even more.

Most of Shpend’s leisure time went on punting during the appropriate season and helping in the student-run DarBar at Darwin College.  He says ‘Cambridge provided a perfect environment, especially its gorgeous outskirts, for my long distance running activities, which I continuously did during my studies in Cambridge’.

Prior to coming to Cambridge, Shpend pursued his studies at the American University in Kosovo where he obtained a Bachelor of Science degree in Public Policy and Management with highest honours.  Shpend was involved for several years (2007-2010) in the telecommunications sector as the Head of Product Development Department at IPKO Telecommunications – the largest foreign direct investment in Kosovo - and also served as a consultant/trainer assistant at Management and Development Associates.  During 2003 he was involved in the establishment of the American Chamber of Commerce in Kosovo, which continue to play a significant role in attracting investment and ensuring further economic development.

After having completed his studies in Cambridge, Shpend started at the Kosovar Institute for Policy Research and Development where he works as a Senior Researcher.  His research focus in the Institute is on the relations between Kosovo and Serbia; the Western Balkans regional affairs; as well as on EU, Foreign and Security Affairs in general.  He has published several papers in the field. Shpend’s expertise in this area has been particularly strengthened by rigorous research conducted for his MPhil thesis in Cambridge, where he worked on the European Union’s influence on the states of the Western Balkans.  He is also an adjunct lecturer at the University College Universum in Kosovo where he teaches diplomacy and other subject in International Relations.  Shpend considers this to be an initial step to becoming the leading figure in Kosovo’s academia which he aspires to be, and seeks to strengthen the sector, making it regionally and globally competitive. 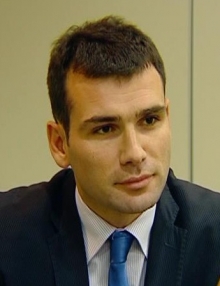