Sumiko read Politics, Psychology and Sociology at Newnham College and received her BA (Hons) in June 2012.

Sumiko says that Cambridge offered her an environment in which she could immerse herself in the world of academia and fulfil her intellectual curiosity. With strong interests in multi-disciplinary approach to current political affairs, Sumiko particularly enjoyed attending seminars and talks organised by the Asian Studies Seminar Series, the Cambridge International Studies Association (CISA) and the Centre for Research in the Arts, Social Sciences and Humanities (CRASSH) among others. The Aoi Pavilion at the University Library, with its extensive collection of East Asian publications, was her favourite destination on weekends.  Both her second-year research project, “Japanese Mothers’ Accounts of their Preschool Children and Links Between Family and Child Factors that Predict Preschool Social Skills”, and her undergraduate dissertation “Political Reponses to Fukushima from a Risk Perspective” received a first class mark.

Newnham College was a big part of Sumiko’s life in Cambridge.  Supervisions – teaching in small groups of two or three – that the College provided were particularly useful for developing ideas and gaining the courage to challenge established theories.  In addition to curricular activities, Sumiko was involved in College Admissions activities (e.g. helping with prospective students’ interviews and school visits) and served as the International Officer for the Newnham JCR (student union). In addition, she coordinated the Newnham International Cultural Programme, aimed at promoting intercultural understanding within and beyond the College.

Reflecting on her three years at Cambridge, Sumiko believes “Cambridge was undoubtedly an ideal place for my undergraduate education.  I cannot be more grateful for the support offered by the Cambridge Overseas Trust, without which my studies at Cambridge would not have possible.”

Since graduating, Sumiko has moved to Singapore and started working as a Project Officer at the Asia-Europe Foundation (ASEF).  She has managed several projects – on Social Enterprises, migration and public health - which aim to strengthen ties between Asia and Europe.  The knowledge and skills she acquired as well as the network she established through her time in Cambridge have played invaluable roles in her current job.

Having lived in Japan, France, the UK and now in Singapore, she is eager to keep aiming for higher and exploring the parts of the world she has yet to see. 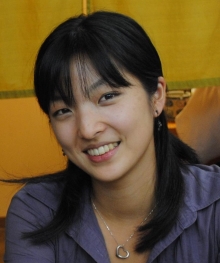