Suzie Riddell completed her MPhil in 2007; her dissertation was on “the political economy of the Central American Free Trade Agreement” under the supervision of Mr John Forsyth.  Before attending the University of Cambridge, she studied Accounting at the University of Technology, Sydney in Australia, where she was awarded the University Medal, and received the CPA Australia prize for the Best Graduating Student in Accounting.  She was actively involved in debating, hockey and touch football.  Between her undergraduate and postgraduate studies, Suzie lived in Guatemala and worked as a volunteer English teacher in a girls’ primary school.

After completing her MPhil, Suzie spent three years as a consultant at Bain & Company, working in Australia and Spain. She transitioned to the social sector and now works as a Senior Consultant at Social Ventures Australia (‘SVA’).  SVA invests in social change by helping increase the impact and build the sustainability of those in the social sector.  Suzie supports a range of not-for-profit organisations, charitable and government departments to develop strategic plans, to measure their impact and to transform their programs.  She enjoys working with talented people from diverse backgrounds to find solutions to some of society’s toughest challenges.

During her time in Cambridge, Suzie was actively involved in the Cambridge Union Society.  She represented Cambridge at several debating competitions throughout the UK and the United States, and was a quarter-finalist at the World Universities Debating Championship in Canada.  She also rowed and played hockey for her College.

Suzie says, “Cambridge offers a wonderful combination of rigorous academic study and outstanding extra-curricular activities.  Everyone has the chance to explore their talents and to shine at Cambridge because there are so many opportunities right at your fingertips and so many people supporting you.”  Suzie has in particular fond memories of fierce intellectual debates during course seminars.  She believes that the calibre of the academic staff and the diversity of the students’ experiences contributed to an incredibly rich learning experience. 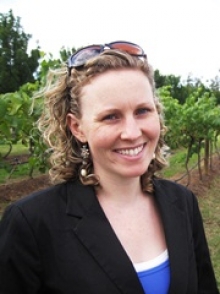