Before coming to Cambridge, Tomas graduated at Universidad de Buenos Aires in Argentina, where he developed a growing interest in areas such as commercial and administrative law. From 2003 to 2005 Tomas served as an intern at Microsoft Corporation’s Legal and Corporate Affairs Department for the Latin America Southern Cone Region, which position provided the opportunity to develop his skills on corporate matters, contracts and topics such as technology, antitrust and communications law. He represented Microsoft as a key-note speaker at international conferences on Law & Technology in Argentina and Chile, and in 2005, he organized the first National Roundtable on Internet Safety: “Protecting Children Online”.

In October 2005 Tomas was offered a position at the Telefonica Group Legal Affairs Department, where he attained practical experience in the Information and Communications Technology field whilst dealing with legal and business conflicts related to telecommunications, Internet, IPTV and media.

By 2009, wanting to expand his horizons beyond Latin America, Tomas applied for the LLM at Cambridge, and was awarded a place.

Writing about Cambridge, Tomas says “A Cambridge Overseas Trust scholarship allowed me to read for a Master of Law programme at this medieval university, which I enjoyed immensely.  I thought it would be a challenge to compete at the highest level in Cambridge, and faced numerous professional challenges, but learned a lot from colleagues, classmates, professors and from many of the Cambridge staff.  I made very good friends and further developed myself both in a professional and in a personal way (the University football team offered me a place on the right wing!).    Brother of another Cambridge graduate (John Murphy, MBA 2002), I had come to Cambridge with huge expectations. Still, they fell short of reality. Cambridge is a true city, a dreamed university came true. Cambridge builds up professionals ready to face real life problems using dreams as their engine. I hope my younger brother, Jose, can share this lifetime dream too.

Following completion of his course, Tomas was offered a senior position at Avery Dennison Corporation, based in Buenos Aires, where he is now responsible for providing legal advice to all four company divisions in more than 12 countries throughout Latin America. 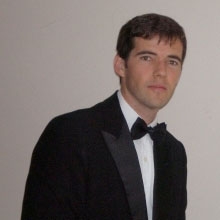