Before taking the LLM in Cambridge Vera graduated from the Faculty of Law at the University of Belgrade.  She worked for the law firm CMS Reich Rohrwig Hasche Siegle in Belgrade before joining Vip mobile in early 2007.

As Executive Director of AmCham Serbia, Vera leads a team of highly motivated professionals, according to the strategic direction set by the board of directors.

She is a member of the Cambridge Serbian Alumni Group, the Chevening Society and the British-Serbian Chamber.  She is also the President of the Telecommunication & IT Committee of the Foreign Investors Council in Serbia (FIC).  FIC brings together more than 120 member companies, which have invested in total around €11.6 billion and employ more than 69,000 people in Serbia.

Writing about Cambridge, Vera says: “Cambridge is the most charming place in the world. Having the possibility to study at such an excellent University, with all the privileges this experience carries, in such an international community, is changing one's life from the roots". 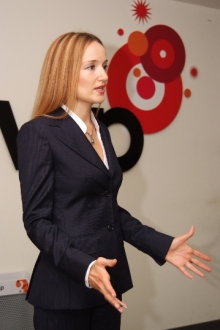