Five new scholars on the programme of Pakistan HEC Cambridge Scholarships attended a send-off ceremony in Islamabad this week.

The scholars were encouraged to make the most of their studies abroad and then to apply their knowledge and expertise to the various socio-economic problems facing Pakistan, and Professor Dr Sohail Naqvi, the Executive Director of HEC, added 'It is hoped that these scholars will also contribute in assisting Pakistani universities to build [the country's] economy, leadership and communities.'

MIchael O'Sullivan, Director of the Cambridge Commonwealth Trust, said the scholarship programme would provide an opportunity for Pakistani scholars to interact with young people from all parts of the world.  And Alison Blake, the British High Commission's Deputy Commissioner, remarked that the programme would continue to strengthen the relationship between Pakistan and the UK. 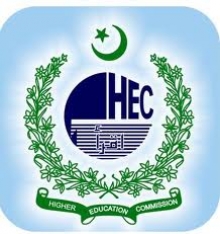