The Charlie Perkins Scholarship Trust was founded in memory of the late Dr Charlie Perkins AO, who was the first Australian indigenous man to graduate from university. A passionate and talented football player (he came to the UK in 1957 to play for Everton FC), his sports success helped to finance him through university.

He was instrumental in establishing the Foundation for Aboriginal Affairs in Sydney in the early 1960s, and throughout his life campaigned at all levels - community, regional and national - for justice for Indigenous Australians. He was known as an effective activist and fearless spokesman. His State Funeral in Sydney in 2000 was attended by thousands of people, and broadcast on national television.

The Trust co-funds, with Cambridge Australia Scholarships and the Cambridge Trust, the Charlie Perkins Cambridge Scholarship, which is available to Australian students of Aboriginal or Torres Strait Islander descent, who apply to take a Master's or PhD degree in any subject.

A separate external application is required for this scholarship

To ensure that they are considered for this scholarship, applicants must: 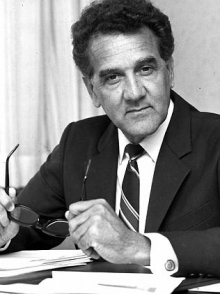